Church Street is a major north-south street in Yarra, running from Abbotsford in the north to Cremorne in the south, after which it changes to Chapel Street and continues south to St Kilda.

In 2014 council reallocated street pace to green open space, enlarging the Church Street Park, located just to the north of the freeway, near the Yarra River. 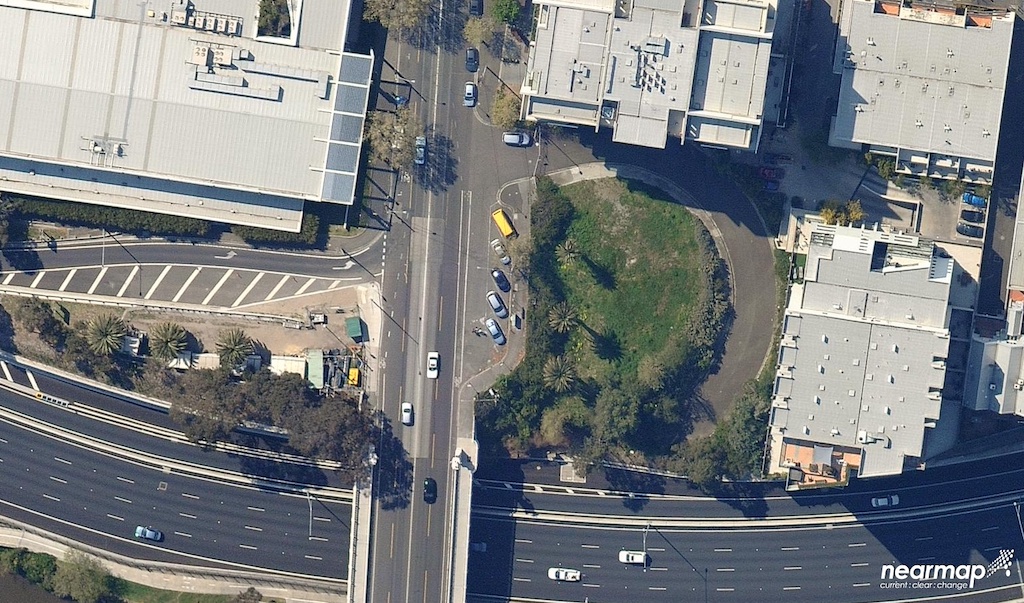 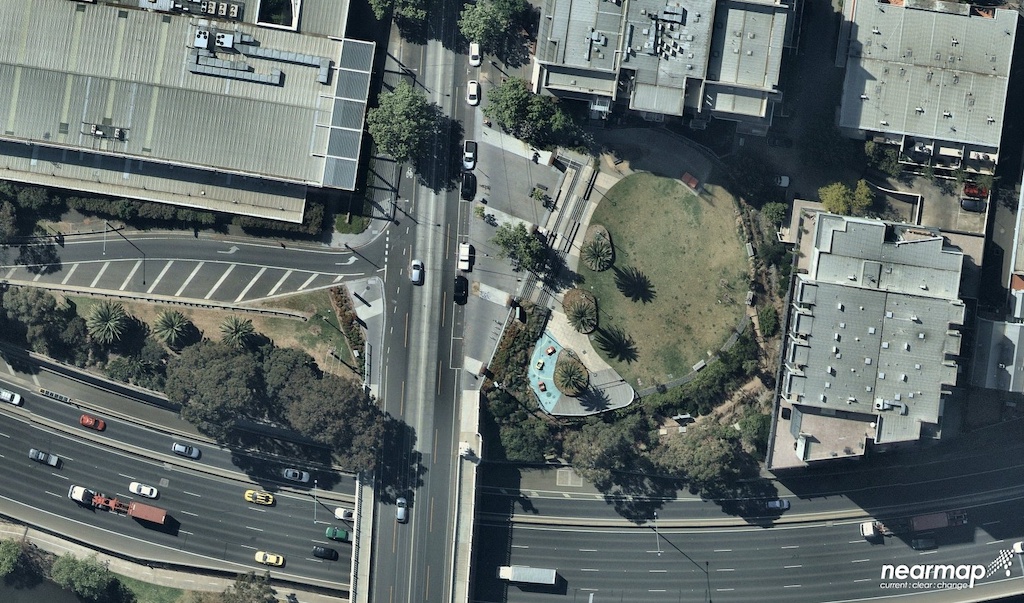 Church Street Park before and after. Image credits: Nearmap.

27-year old Gitta Scheenhouwer was killed in broad daylight on Chapel Street, just south of the City of Yarra, while cycling in the painted bicycle lane. The problem is that cyclists are forced to ride in an unprotected lane, vulnerable to either a swerving car or an opening car door. These hazards carry the risk of serious injury or death, if a motorist makes the simple mistake of failing to look.

Church Street and Chapel Street should have wider footpaths, separated bicycle lanes and level-access tram stops that protect passengers from overtaking vehicles. This would bring the street alive, by attracting more people to visit, shop and linger. In addition, the separated bicycle lane would carry more commuters in peak hour than the clearway lane.

Church Street is even wide enough to support a pedestrian refuge in the centre, helping people to cross safely. The key is to reallocate street space away from stationary parked vehicles and toward transport modes that are more space efficient, including walking and cycling.

Chapel Street (and similarly, Church Street) doesn’t suffer from a lack of parking, as shown by the www.chapelstreetparking.com.au website and posters:

Support from the RACV andInfrastructure Australia

The Stonnington Bicycle User Group have published a proposal describing how to realise a safer and better Chapel Street, including:

With these changes, Church Street and Chapel Street could act as a major north-south bicycle superhighway linking Abbotsford to St Kilda, complementing the north-south vehicle route on Punt Road. World class cities such as London are benefiting from their cycle superhighways – Yarra can do this too.

Your local champion for Church Street is Stonnington Bicycle User Group. View all of Streets Alive Yarra’s champions on our supporters page.

Stonnington BUG is a champion for safe, separated cycle lanes along Chapel Street and Church Street. We believe that safe and accessible infrastructure for active transport users leads to thriving precincts.