Mollison Street is an east-west residential street in Abbotsford.

Just to the west of Charles Street, council has reallocated space for a pocket park. In 2015, tactical urbanism principles were used to enable local residents to trial the concept of a park, including any impact on traffic and parking.

Then, a detailed concept was proposed:

Before the permanent park was built in 2018: 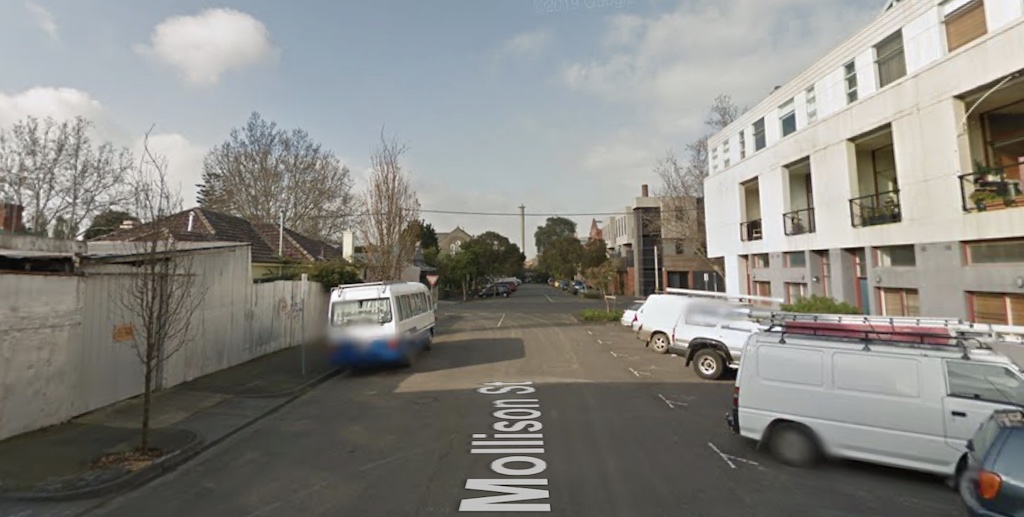 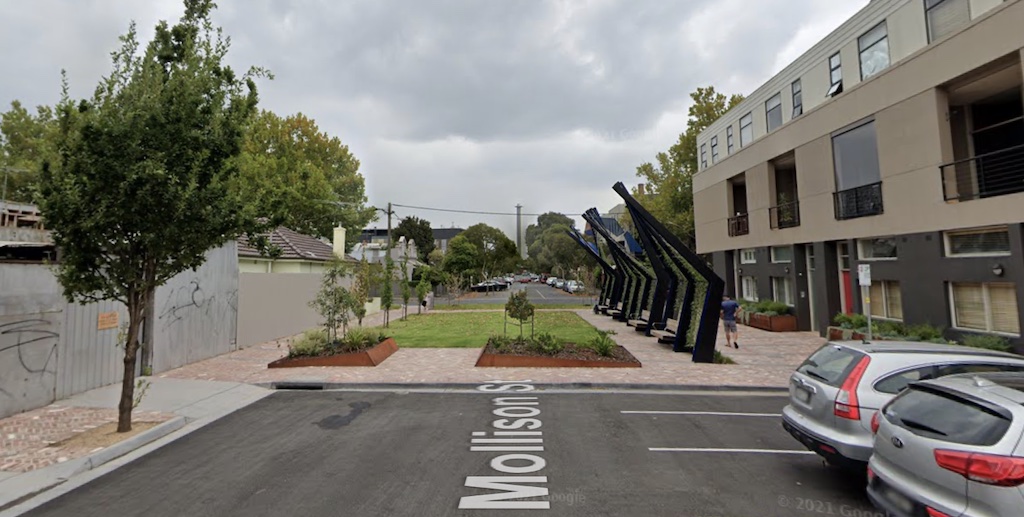 Be a champion for your street