Coppin Street is a north-south street in Richmond.

Coppin Street links Richmond High School and the Citizens Park precinct (in the north) with Richmond Primary School and then on to the Main Yarra Trail (in the south). It’s an ideal location for a north-south bicycle boulevard, and is part of the VicRoads Principal Bicycle Network.

The problem is that the narrow bicycle lane is in the dooring zone of the parked cars, and the street is too narrow for a fully protected bicycle lane. Dooring can be life-threatening hazard, meaning that parents don’t let their school-aged children ride to school.

The solution is to convert Coppin Street into a bicycle boulevard:

The volume and speed of through traffic can be reduced by introducing ‘slow points’ where the street is reduced from two lanes to one lane for a short distance, as described in the City of Yarra LAPM Policy 2017.

A ‘slow point’ encourages drivers to reduce their speed, pause and give way at the constriction, taking turns to get through it. Local residents would retain access to their homes but through traffic would divert to VicRoads arterials (Church Street and Burnley Street).

Hazardous pinch points also need to be addressed. This video clearly shows that paint succeed at keeping cars out of the bicycle lane. Drivers routinely drive onto the bicycle lane. This is a clear hazard, imposing significant risk on school-aged cyclists.

The intersection at Bridge Road can be improved by consolidating vehicle lanes and bringing a wide bike lane right up to the intersection. 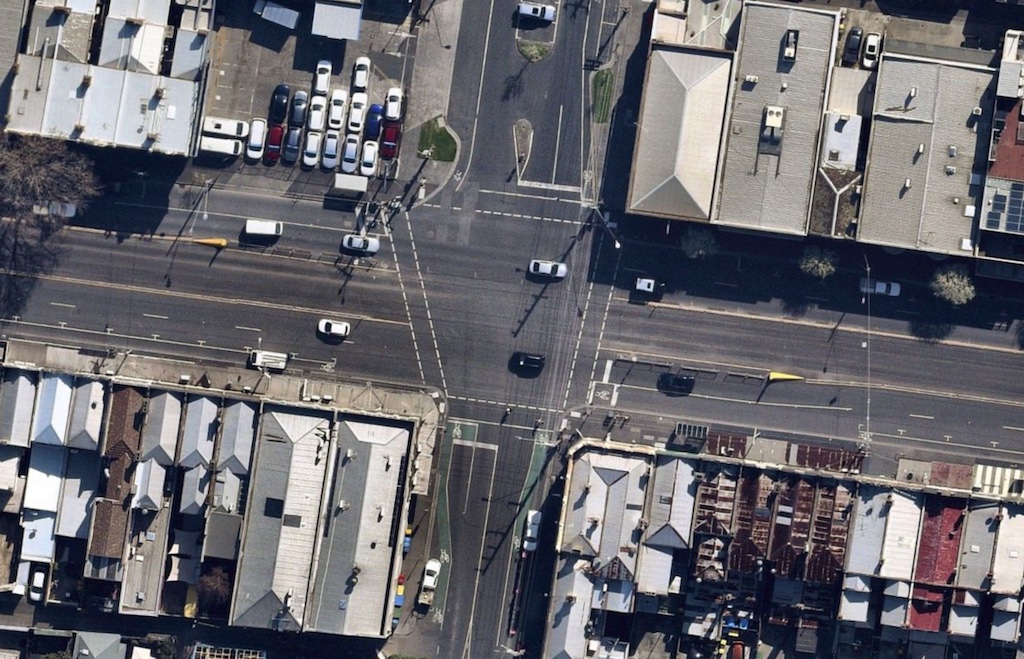 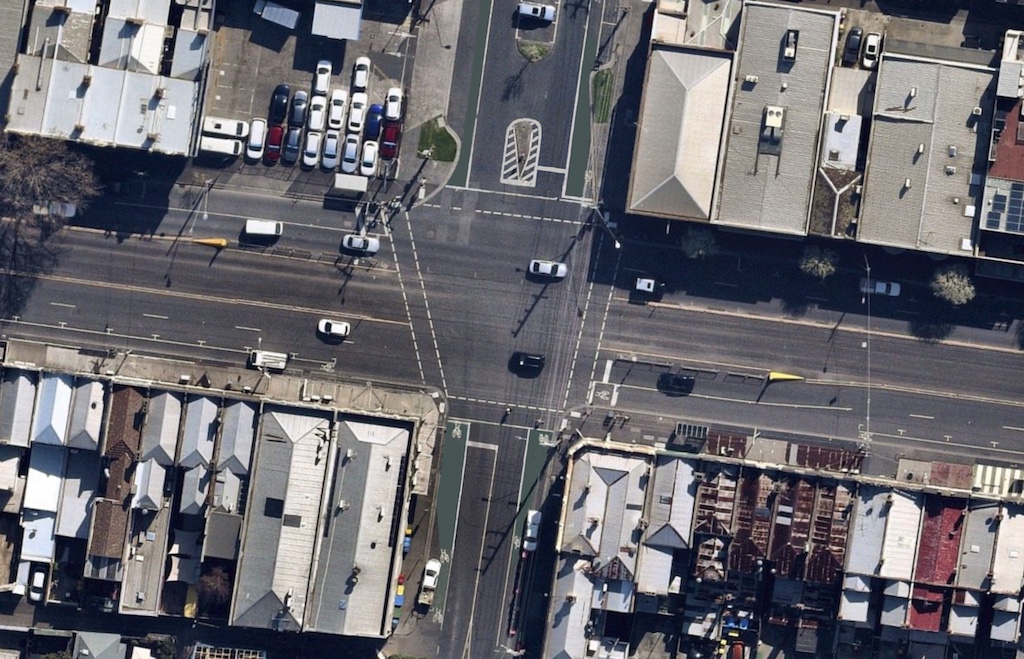 Before and after proposal for the intersection at Coppin Street and Bridge Road. Image credits: NearMap, Streets Alive Yarra.

The intersection at Swan Street can be improved by consolidating vehicle lanes and bringing a wide bike lane right up to the intersection. 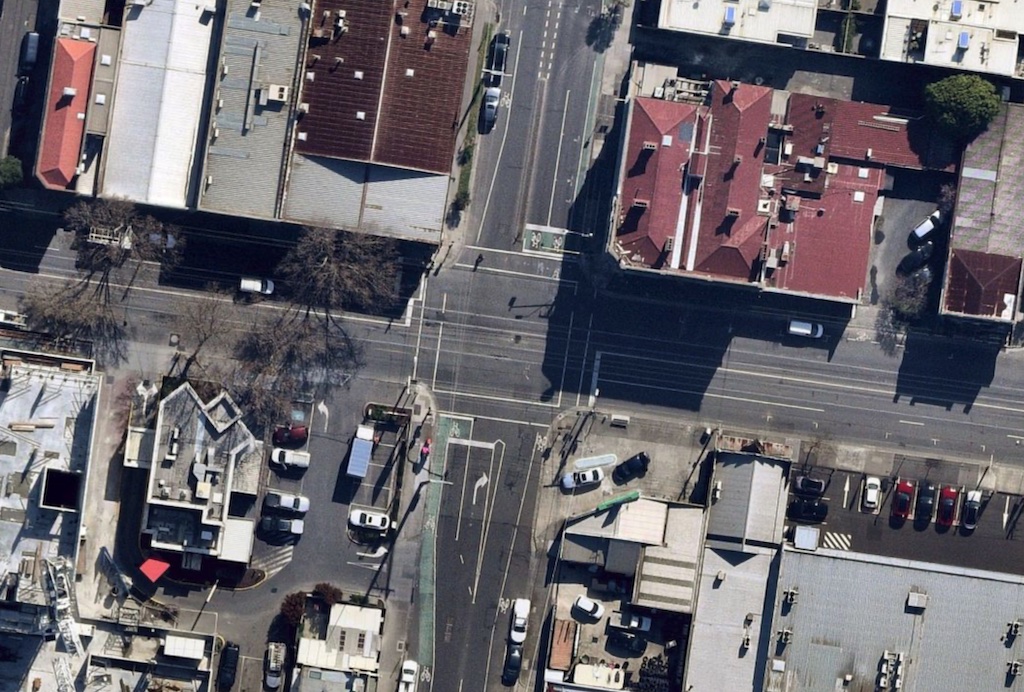 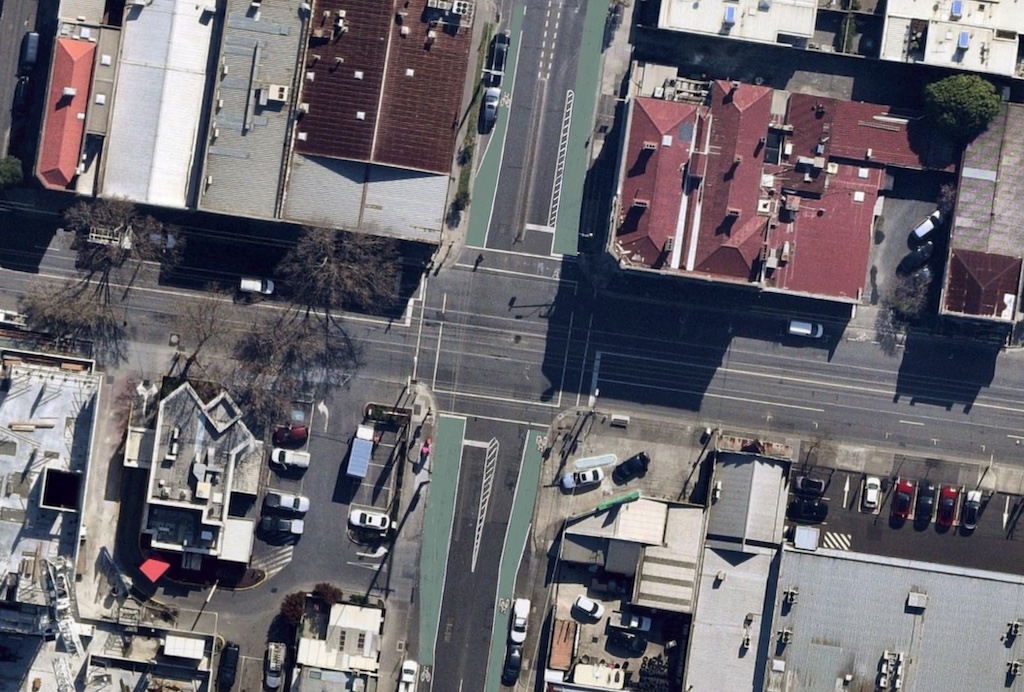 Before and after proposal for the intersection at Coppin Street and Swan Street. Image credits: NearMap, Streets Alive Yarra.

Your local champion for Coppin Street is Michael Bond – Yarra resident. View all of Streets Alive Yarra’s champions on our supporters page.

I fully support the idea of a bicycle boulevard for Coppin Street but its implementation needs careful planning to ensure residents are onside and property access is maintained. We need to be looking ahead to 2050 and what the city will look like then. Assuming Melbourne is headed to 8 million people, Yarra will be almost doubling its population in this time. Traffic is almost at gridlock now so we need to encourage transport modes other than vehicles. Coppin Street makes an ideal north-south boulevard as it can then connect the Yarra cycle path to Highett Street where there is existing cycling infrastructure. Vehicles can use the more “through” routes of Church Street and Burnley Street whilst creating a bicycle boulevard on Coppin Street. It will stop the peak hour “rat-running” and leave a street for residents to enjoy at a more leisurely pace. I believe a Bicycle Boulevard is the answer for Coppin Street.