Cremorne Street is a north-south street in Cremorne, running between Swan Street in the north and the CityLink freeway in the south. It is a key access street between VicRoads’ arterials and quieter streets within Cremorne.

Cremorne Street hosts a mixture of commercial and residential properties, including apartment and office towers at the southern end of Cremorne Street, and the 9-storey office at 60 Cremorne Street (presently under construction).

Problems on Cremorne Street include:

Both vehicle and pedestrian congestion will only get worse when planned development more than doubles the number of workers and residents in the area. Apart from getting to and from work, people wish to access local shops and restaurants on Swan Street and Church Street, send their children to Richmond Primary School on Mary Street, and frequent the Cherry Tree hotel on Balmain Street. Our streets are not able to carry double the number of cars.

Cremorne Street should have wider footpaths, separated bicycle lanes and a row of tall trees on the eastern side (avoiding power lines on the western side). Parking should occur on side streets, or in off-street parking hosted by the new developments.

At the intersection of Cremorne & Swan, the footpaths should be widened and the bicycle lane should continue right up to Swan Street:

At the intersection of Cremorne Street and Stephenson Street, the corner radii should be reduced, to encourage drivers to slow down before turning and thereby increasing safety for people walking and cycling. Even better would be to add a raised threshold treatment (raised crossing), a pedestrian crossing, or a wombat crossing (a raised pedestrian crossing). 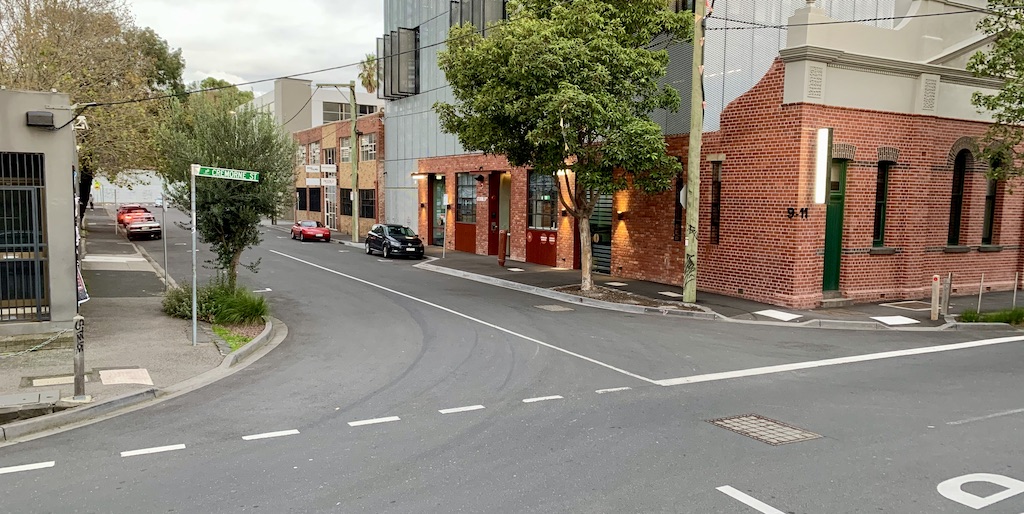 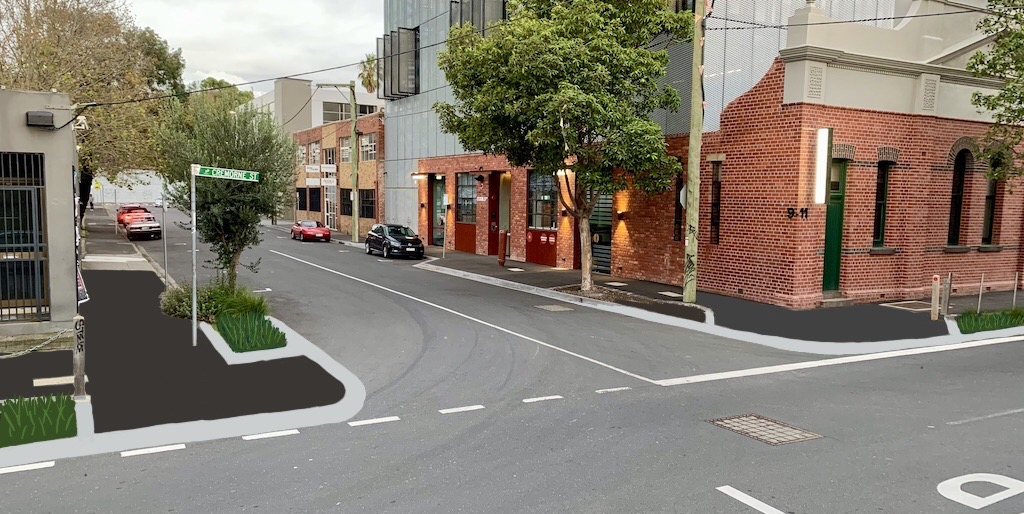 At the intersection of Cremorne Street and Balmain Street, pedestrian crossings should be added: 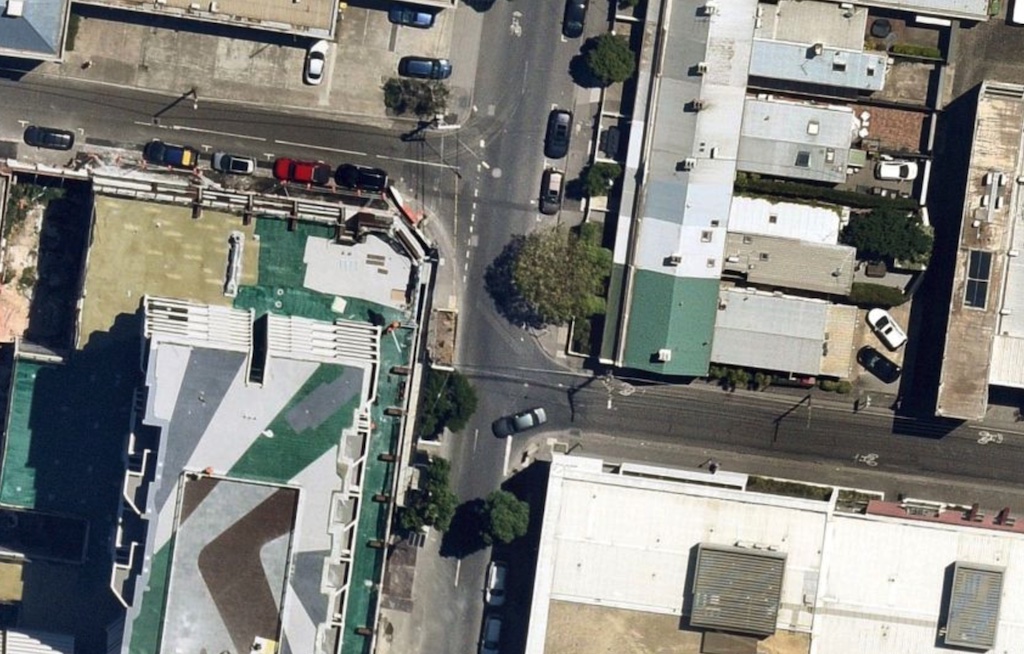 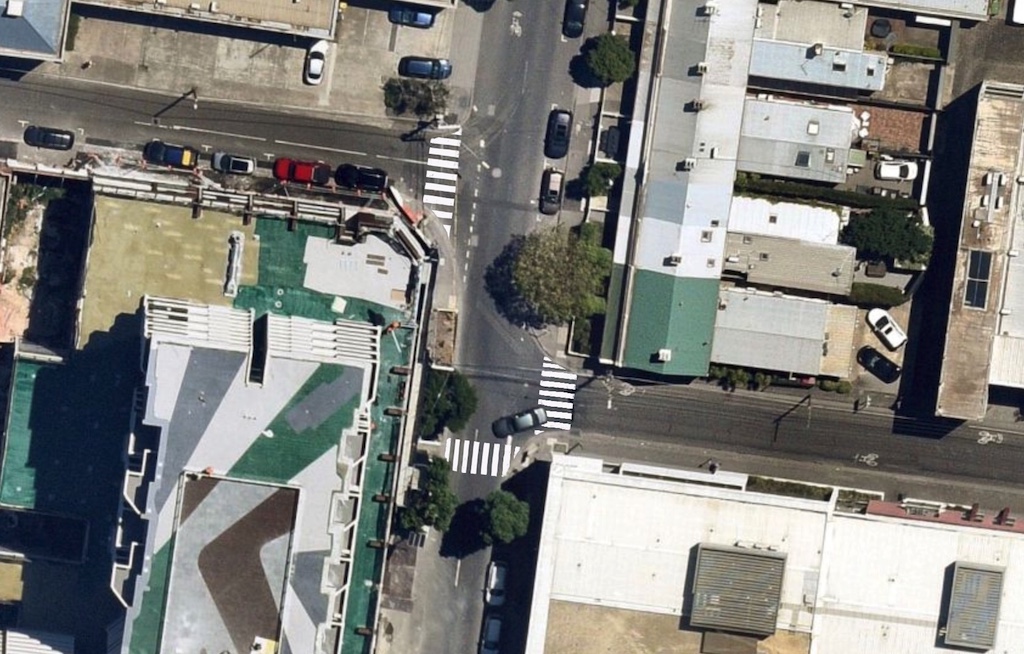 Be a champion for your street
Next → Dunn Street