Swan Street is a shopping street in Richmond. It can be better for business by becoming the core of a 20-minute neighbourhood where local residents regularly visit, shop and linger; with wider footpaths, more trees, and level access tram stops. 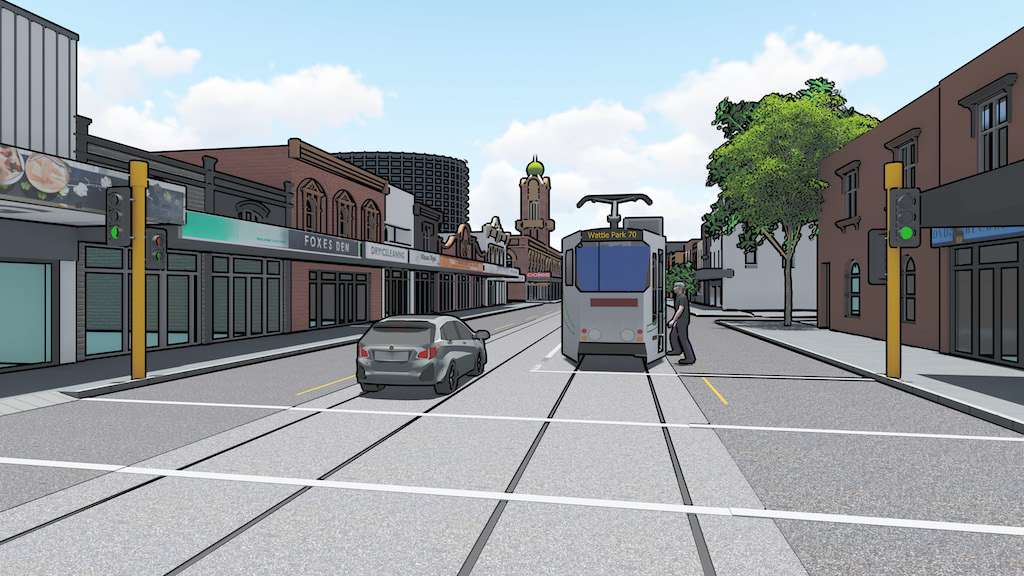 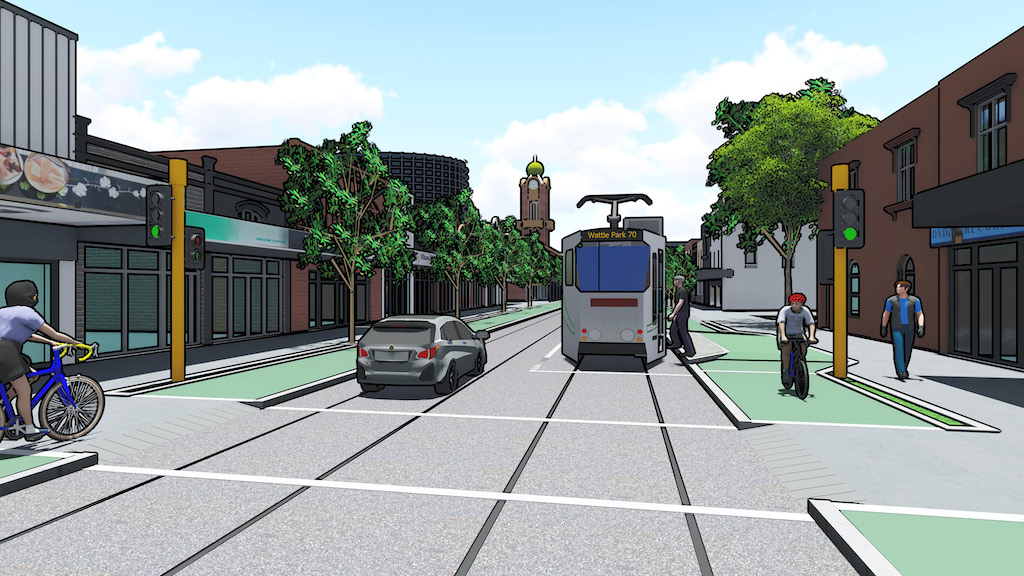 Swan Street doesn’t have level access tram stops, which are necessary to enable people in wheelchairs to use trams. Also, Swan Street is a known black spot for people walking and biking, as shown by data from WalkSpot, BikeSpot and VicRoad’s own crash data. The danger discourages local residents from walking or biking along the street, nudging them to use cars, which adds to congestion. This isn’t acceptable for a nominated Strategic Cycling Corridor or the core of a 20-minute neighbourhood.

Owing to geometric constraints, the only practical way to comply with both the Disability Discrimination Act and the Strategic Cycling Corridor designation is to relocate shopper-parking to side streets and to reallocate the space to wider footpaths, street trees, bicycle lanes and level access tram stops.

The proposed design aligns with Safe System, the core of Australia’s and Victoria’s road safety strategy:

The City of Yarra has adopted a parklet program, enabling traders to occupy a parking bay for outdoor dining.

Unfortunately the state government Department of Transport does not allow parklets on declared arterials such as Swan Street. This places traders on Swan Street at a disadvantage to those on streets where parklets are permitted, such as Brunswick Street, Gertrude Street and Smith Street. The Mayor has written to the Minister for Roads, asking for parklets to be permitted on arterials. You can support this by emailing the Minister and asking for the same.

At the intersection between Swan Street and Church Street, a protected intersection should be used. The image below shows how this could look:

Once constructed, this protected intersection would no longer need a paid crossing supervisor during school times, further decreasing costs for taxpayers.

Note that the RACV supports wider footpaths and separated bicycle lanes for Sydney Road in Brunswick, and that the same logic also applies to Swan Street.

Learn more from this collection of design guides, including the NACTO Urban Street Design Guide:

Your local champion for Swan Street is Jeremy Lawrence, Yarra resident. View all of Streets Alive Yarra’s champions on our supporters page.

Next → residential streets in Yarra