Turner Street is an east-west residential street in East Clifton Hill (or Abbotsford):

Turner Street hosts a north-south Strategic Cycling Corridor, linking Nicholson Street to Trenerry Crescent. Two intersections, at Bath Street and Rich Street, can be improved. At Bath Street, the problem is that people cycling (or driving) south are expected to stop at the painted line, which doesn’t offer a clear view of traffic on Turner Street. The solution is to move the painted line further forward, in line with the parked cars on either side. 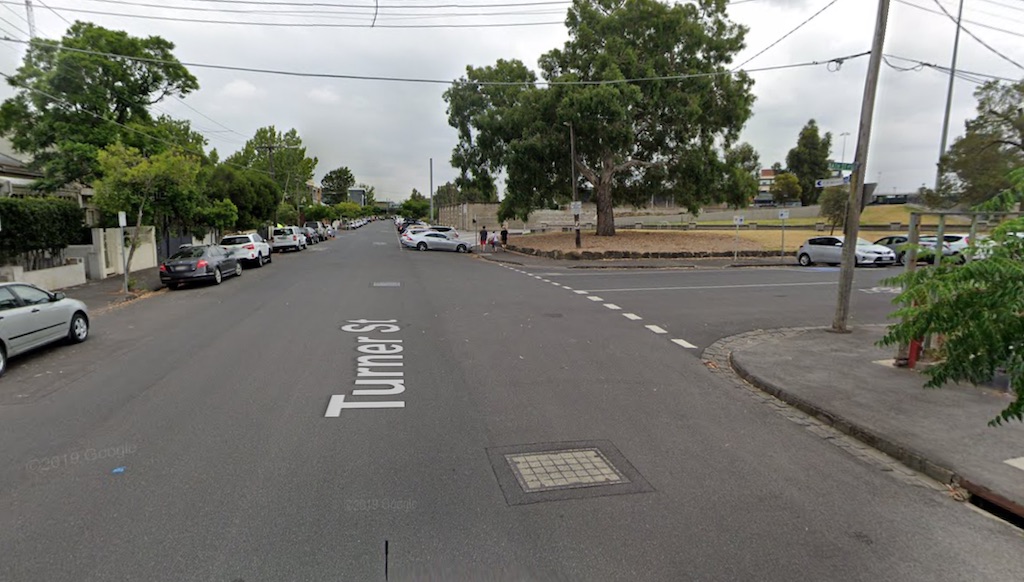 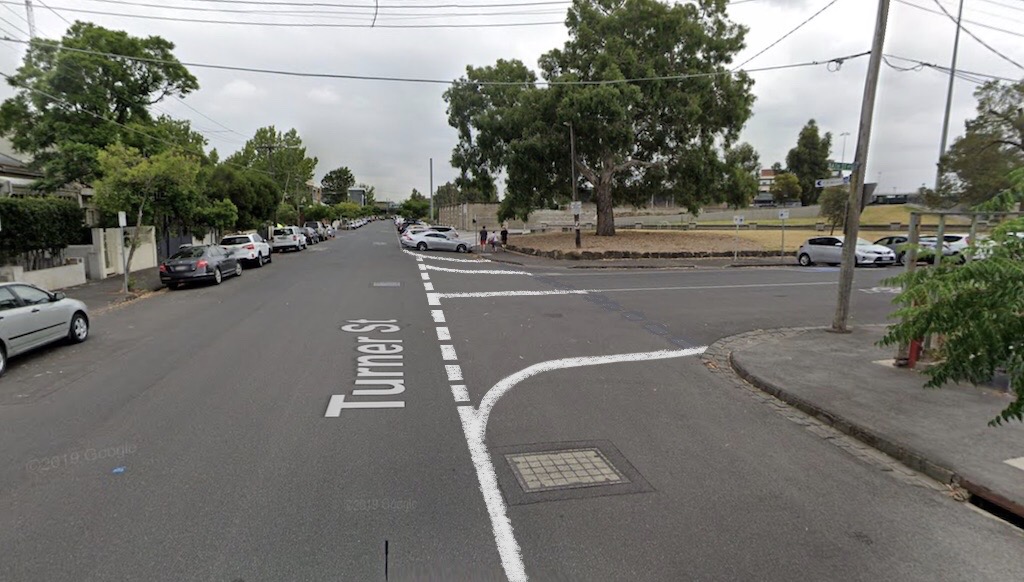 A similar improvement can be made at the intersection with Rich Street: 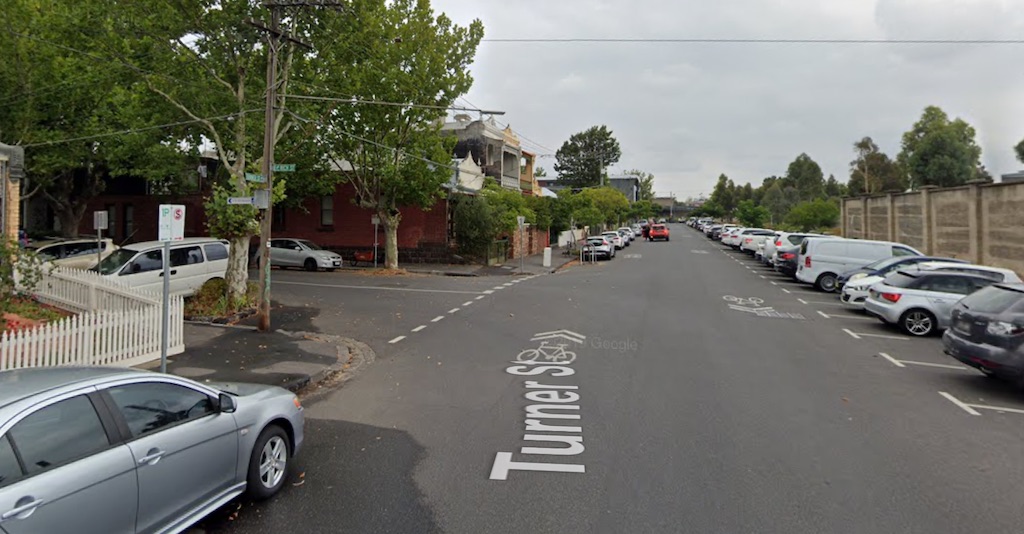 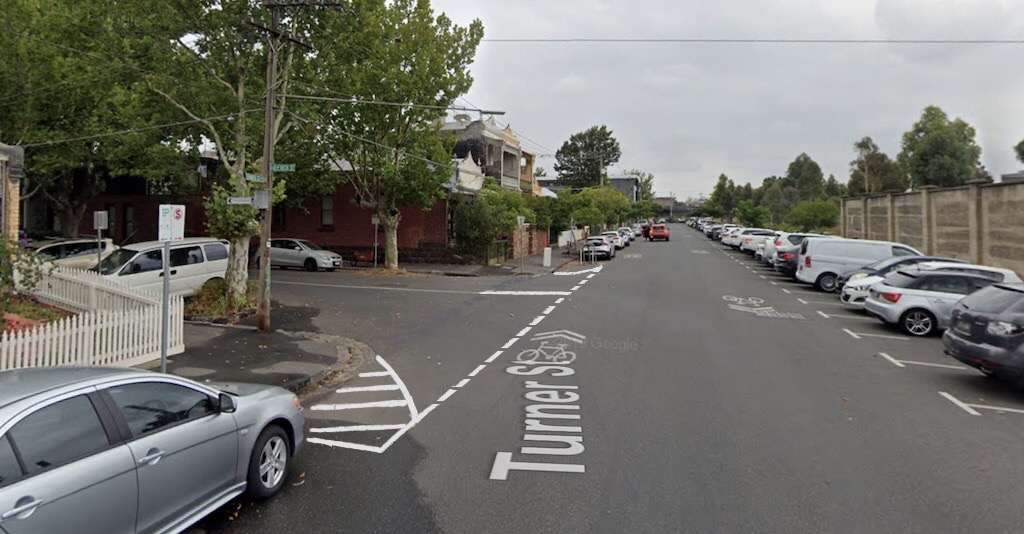