Proposal for a shared pedestrian plaza outside The Hive shopping centre

Amenity for people walking, biking, and shopping can be improved by converting Nicholson Street into a shared pedestrian plaza between Mollison Street and Victoria Street. People driving would have to reduce their speed to 10 or 20 km/h. The plaza could be “no motor vehicles” between the carpark entrance to The Hive shopping centre and Victoria Street.

Proposal for a modal filter at Gipps Street

Safety and amenity for people walking and biking can be improved by adding a modal filter at Gipps Street. All properties would remain accessible by car.

Proposal for a modal filter at Langridge and Mollison

Safety and amenity for people walking and biking can be improved by adding a modal filter at Mollison and Langridge Streets. All properties would remain accessible by car.

The pedestrian crossing at Langridge Street could be widened, and the crossing distance reduced, by adding kerb outstands and removing a turning lane: 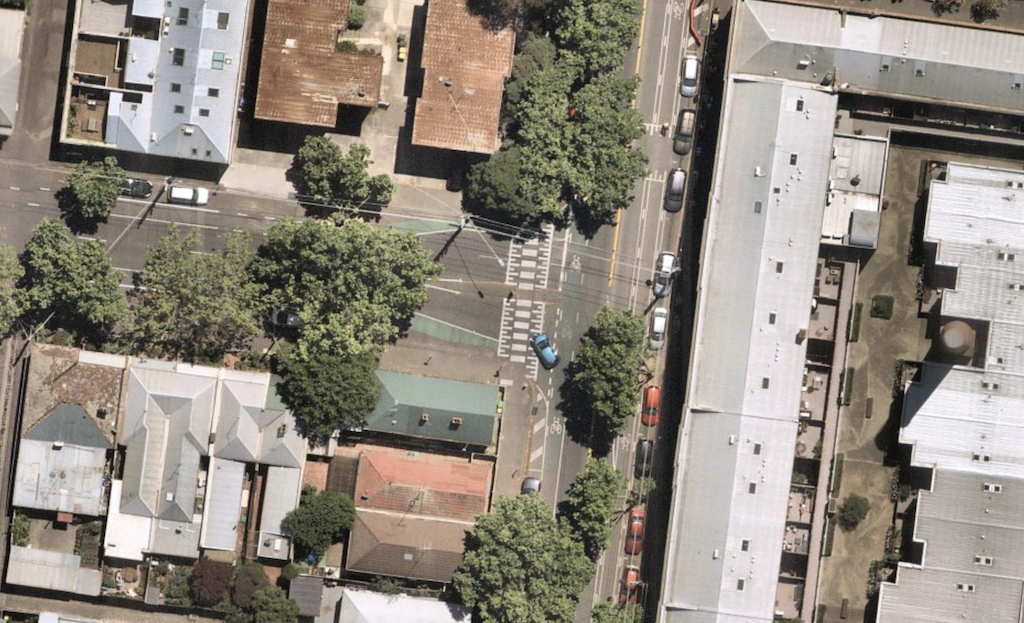 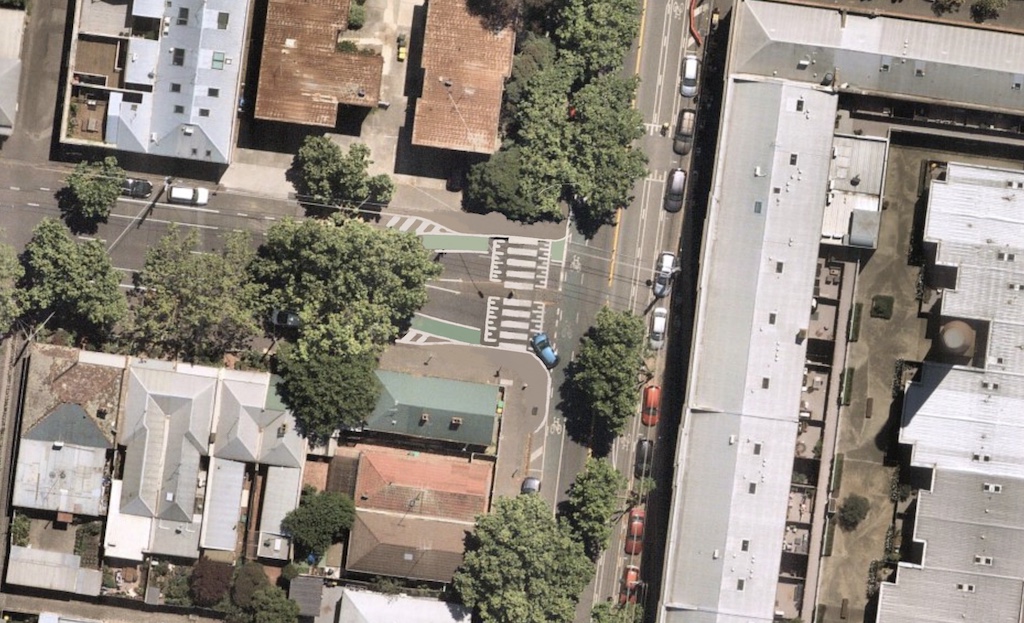 In 2020 council initiated a 12 month trial of a median barrier, covering the intersections at Mollison Street and Langridge Street, to eliminate “right hook collisions”, whist retaining vehicle access to each property. The trial median barrier was removed after only 3 months of the 12 month trial, allegedly owing to safety concerns.

Nicholson Street is a key north-south route for people walking or cycling, parallel to the key north-south route for people driving, which is Hoddle Street / Punt Road. Significant hazards exist for people walking and cycling, including right hook collisions. As described on this page, council has a wide variety of options to improve safety and amenity, without removing access to properties by car.

I rode to school in country Victoria and have continued this routine of riding to university when I moved into the City of Yarra 30 years ago. I’ve passed my routine of riding for transportation on to my children, when I rode with them to primary school in Clifton Hill. Now I ride to work at a school and love seeing safe bike routes so that children and the less confident can enjoy the freedom of a bike that I first experienced as a child.