Highett Street is an east-west council controlled street in Richmond, often used as a rat run to avoid congestion on Bridge Road.

Intersection at Highett and Church

In September 2021 the state government Department of Transport spent hundreds of thousands of dollars to change the design of the intersection to improve safety. The two largest risks at the intersection were:

If the community had been invited to contribute suggestions, Streets Alive Yarra would have asked for:

The DoT removed the slip lane and relocated the traffic light poles. This investment delivered a poor outcome:

Now that hundreds of thousands of dollars have been spend to move the traffic light poles, and re-build the kerb and channel, the challenge is not to prosecute how it should have been designed, but rather how to best fix it for the least additional cost. This is our proposal. Use paint to locate the bike lane on the left, and consolidate the three vehicle lanes into two. 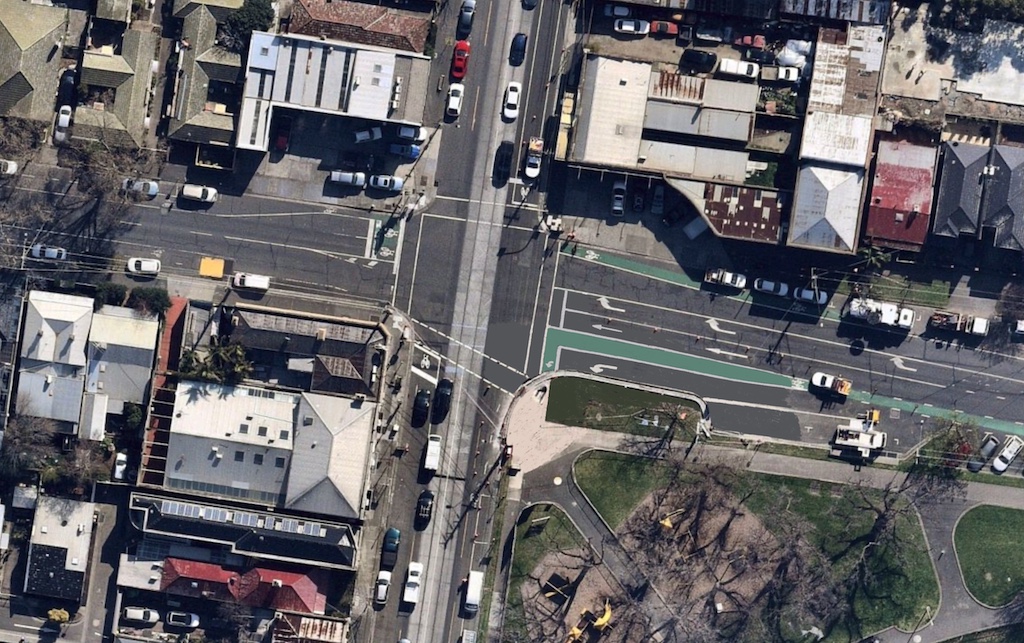 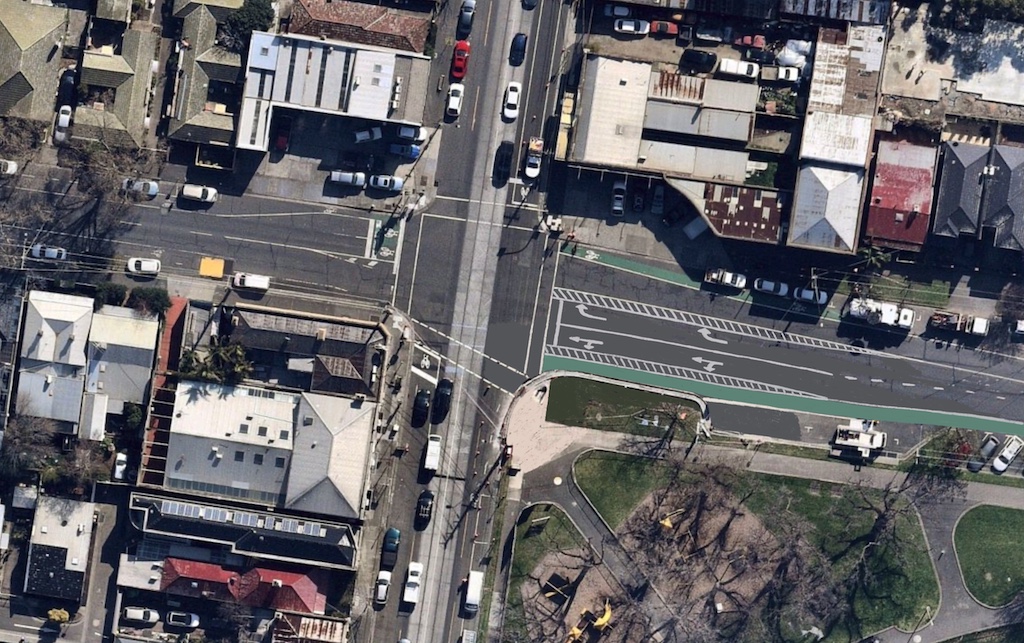 The DoT will likely claim that three vehicle lanes are required (left-turn, straight, right-turn) because the street carries a high volume of traffic and consolidating to two lanes would result in an unacceptably low level of service. This argument would be wrong. Highett Street is a neighbourhood street, not a declared arterial. On a network level, it should not carry a high volume of traffic. It should not be a rat run for drivers avoiding Bridge Road. It should support safe access to neighbourhood facilities such as Richmond High School, Lynall Hall Community School, and Citizens Park. Highett Street does not need three vehicle lanes. If it slows traffic then this is a feature, not a bug. We want low volumes of traffic on our neighbourhood streets.

Another issue on Highett Street is a steel plate, inset into the street, just to the west of Church Street. People biking report that it is a hazard. It’s been there for more than 6 months and needs to be fixed.